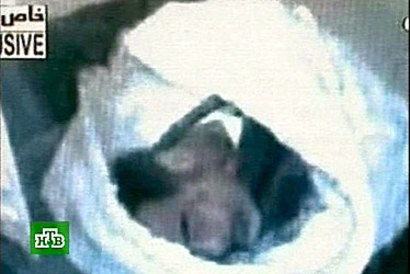 The Lynching of Saddam

According to the New York Times, there do seem to have been a few insipid misgivings about the timing and the haste, but these appear to have been dissolved soon enough and replaced by a fatalistic passivity that amounts, in theory and practice, to acquiescence in a crude Shiite coup d'état. Thus, far from bringing anything like "closure," the hanging ensures that the poison of Saddamism will stay in the Iraqi bloodstream, mingling with other related infections such as confessional fanaticism and the sort of video sadism that has until now been the prerogative of al-Qaida's dehumanized ghouls. We have helped to officiate at a human sacrifice. For shame.

Hitch seems surprised that this U.S.-financed execution was carried out with scant regard for the Geneva Conventions. I guess I'm surprised that Hitch is surprised. This is the Bush administration. Since when did they care for proper judicial procedures? My fear is that this execution gives us an insight into the real forces in Iraq and in the Maliki government. This was the reality of Maliki captured by a cell-phone camera, not the spin. And the reality is that Moktada is emerging as the new thug, and the civil war is just getting going. Which is why we need to get out of its way. Soon.